I have written so many blog posts in my head since the last time I posted on here. Every day there is something new that I want to share, and the next thing I know it's midnight and way past my bedtime, with still too many things left "to do" on my to-do list. So, I will do my best to remember the many amazing things I have tucked away away in my memory (and some jotted down) over the last few weeks.
Jude is saying so many new things every day. He is smart AND funny, which is a very entertaining combination in a two year old. So here are just a few things he is saying lately... 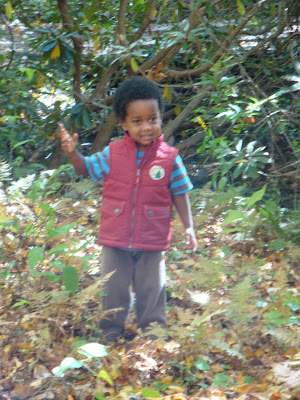 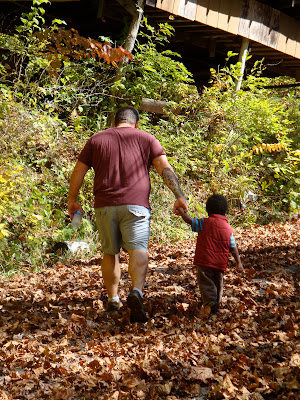 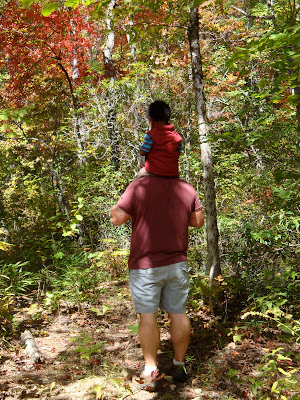 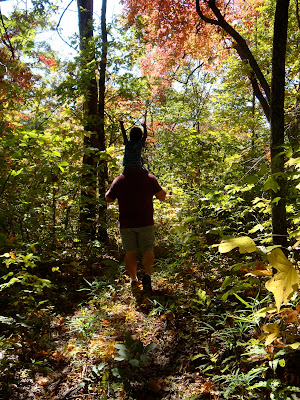 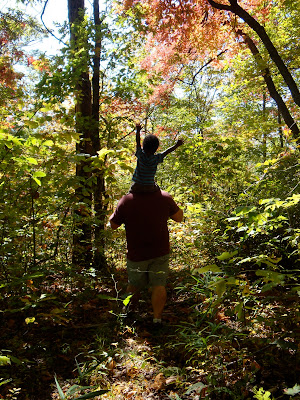 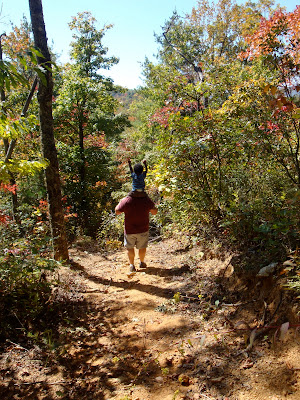 Richard carried Jude on his shoulders the entire hike up the mountain...
such a good daddy 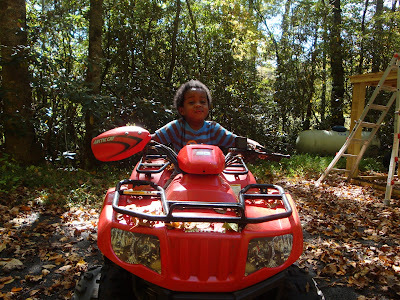 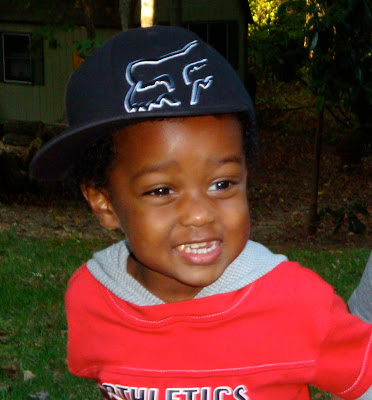 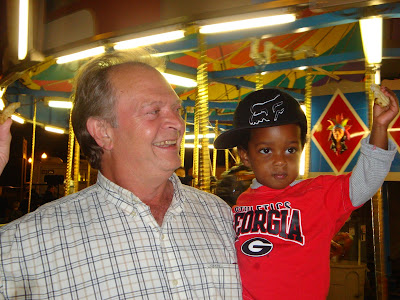 "Pops" got us all tickets to the fair...here, he and Jude are raising their
fries to the camera. Jude carried that fry around for 30 minutes and never ate it : ) 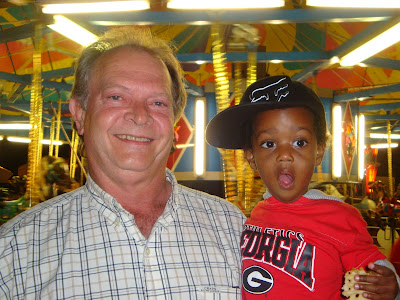 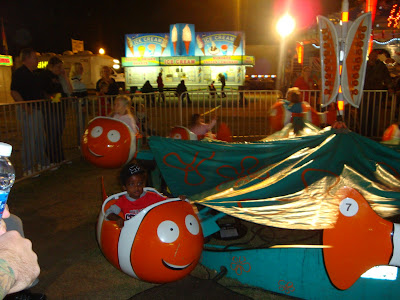 This was the only ride Jude was tall enough for or even interested in...
except the train, for which he was 1/4 inch too small. He cried. Hard. 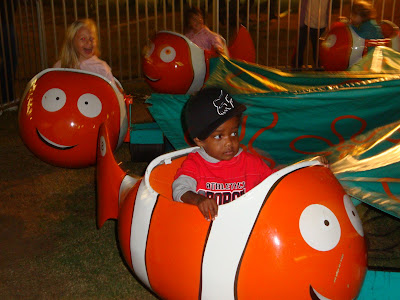 As it turns out, we should have saved our money for the overpriced games with prizes. We had exactly $2 left for Jude to play one game in which he won a tiny little elephant that he later name "Ellie." On our way to exit the fair, we passed at least 30 more of these brightly lit, prize packed booths full of games our son desperately wanted to play. I was so thankful that I snapped the next few shots with my camera, because the pictures are worth a thousand words. 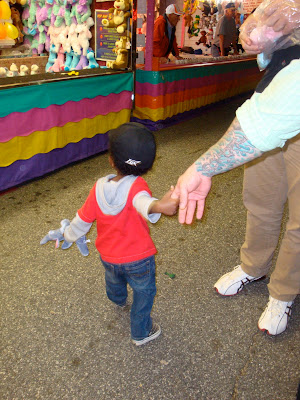 Jude pulls his Daddy toward the games 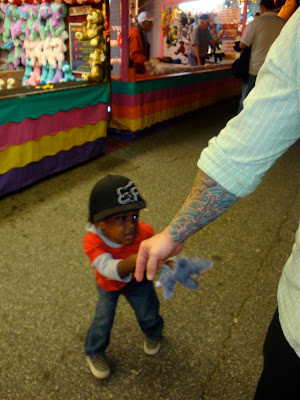 Jude digs his heels in and pulls a little harder...you can see the desperation on his face 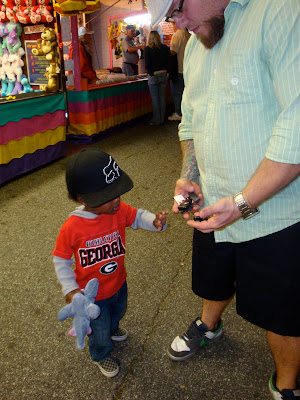 poor Daddy pulling out the car keys and lint from his pocket
to show Jude that he has no money for the game
And last, but not least, I will leave you with a video of our tiny dancer. Who knew he had these moves? If you listen close enough, you can hear him saying, "Yeah. Yeah."